Thank you! Please check your email and confirm the newsletter subscription.

Learn about careers in the computer science & technology fields.

According to Northwestern University, Computer science-related jobs are expected to grow 28% by 2020, and the national median salary for computer science professionals is $114,000 per year.  (read more)

We would like to thank those who have donated to our program or sponsored activities.

Webgyrlz Code started as an idea by Shambi Broome who grew up around technology in the 1980s & 1990s. Mrs. Broome was that girl in elementary school, with the glasses, whose classmates affectionately called a nerd.  She would sit quietly in class and let others answer the questions, especially if the subjects were science and math.  At home she was exploring the Bulletin Board System and learning about this thing called the “World Wide Web”. She was a closet techie. 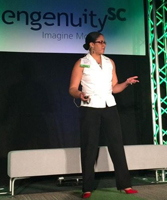 In 2004 Shambi graduated from Spartanburg Community College (formerly Spartanburg Technical College) as a certified web designer. Ten years later she found herself in a Social Studies class as a substitute teacher.  The students were doing a research project and so many of the kids were excited that their regular teacher was allowing them to build a website to present their project.  Before that class was over most the students had given up on creating a website. Why? Because they said,  “It was harder than they thought it would be to build a website.”  These experiences in Mrs. Broome’s life motivated her to create Webgyrlz Code.

As a wife, mother, and small business owner sometimes life got in the way of the dream of making Webgyrlz Code a reality. Then, things changed when an email newsletter mentioned the EngenuitySC Ignite! 2014 Ideas Contest.  Shambi challenged herself to completely develop the idea for Webgyrlz Code to enter the contest.  She created a 2 minute video that would change her life. The idea for Webgyrlz Code became one of the three (3) finalists to do a 5 minute pitch to a live audience of over 500 distinguished Columbia, SC business leaders.  On November 19, 2014 the audience overwhelmingly voted to award Webgyrlz Code $5000 in startup money.

The rest, as they say, is history. 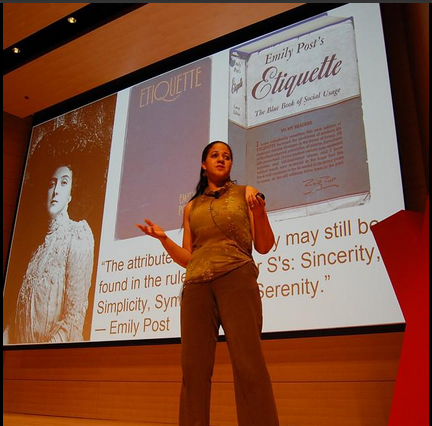 Shambi Broome
Web Developer
This email address is being protected from spambots. You need JavaScript enabled to view it.

Interesting Facts: I was born in California, lived in Hawaii, moved back to California, and I have lived in South Carolina for almost 26 years.

If you want to lift yourself up, lift up someone else

No Amount Too Small!
Make a One-Time Donation

We appreciate the support of Rice Coast Photography.  Please visit their website to learn more aout their photography services.